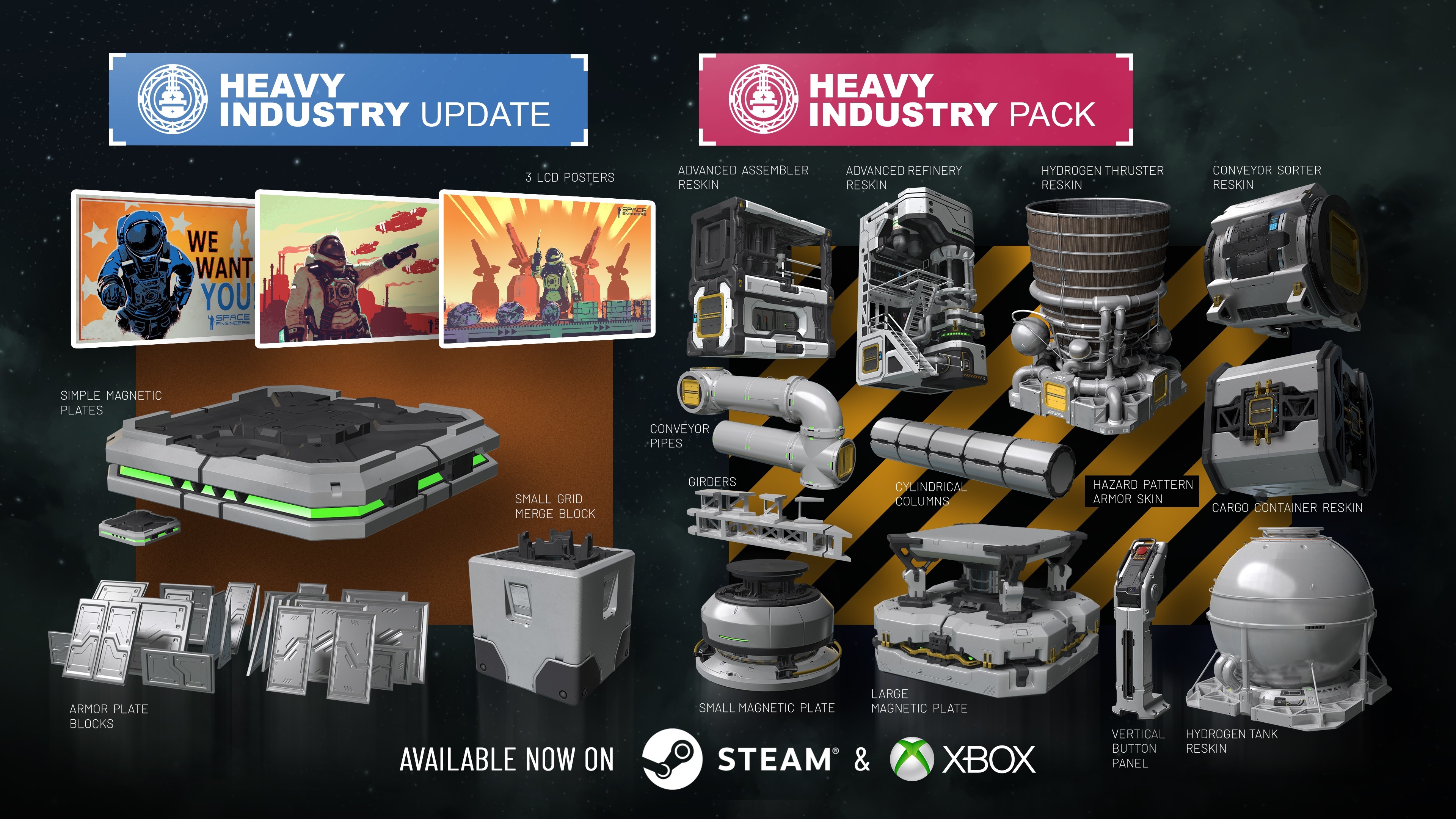 The next Major (1.199) release for Space Engineers is upon us. Heavy Industry Introduces a whole new vision of industry in Space Engineers! A reimagining of industrial might, from lunar mining site to factory floor; smelting, refining, and mass production never looked so good.

This massive update is one of our biggest! Including DLC, Heavy Industry adds nearly 100 new blocks and block variants to Space Engineers! We hope you enjoy exploring Heavy Industry as much as we did creating it.


Community Collaboration
We would like to thank you, our community, for your continued support, collaboration and inspiration. You feed our “Need to Create”. A very special thank you to:
...and so many others that have, and continue to, inspire us with their creativity, ingenuity, and passion.